Football (or soccer to our American readers) and role playing: it’s not a combination that instantly springs to mind as the basis for a video game, but that’s exactly what’s on offer with Level 5’s latest creation, Inazuma Eleven. Despite sounding like an odd mix that frankly should never be considered, the concept works incredibly well and Level 5 have created another RPG that proves utterly charming from beginning to end.

The story focuses around Mark Evans, the Captain of Raimon Junior High School’s football club. A talented goalkeeper, Mark Evans is passionate about football and his team, although his enthusiasm for the game is not shared by his fellow players. With the team about to be disbanded by the headmaster unless they have one more victory, Mark is compelled to inspire his team into action. Its Mark’s guts and enthusiasm that win around his comrades, but it soon becomes apparent that there are others who want the team to fail for far more sinister reasons.

Yet there is more to the main storyline than just focusing on playing and defeating rival teams as it becomes just as much about the characters’ inner struggles. Level 5 have proven to be brilliant at crafting stories and Inazuma Eleven is another indicator of that talent. It’s hard not to be moved by Axel’s dilemma about his sick sister, Celia’s estranged relationship with her brother at a rival team and ponder at Sylvia’s mysterious connection with the brash Bobby. Mark’s infectious energy draws people to him and proves instrumental in locating former members of the football team, each of whom have their own motivations. Ray Dark, one of the main villains who seems determined to ruin Raimon Junior High, is a suitably nasty piece of work who never fails to come up with yet another diabolical scheme.

Every now and then the story is complimented by some excellently animated cut scenes of the team in action (although the voice actor for Mark sounds suspiciously like Professor Layton‘s boyish assistant) and add to the overall charm of the game. The overall style of the game world and character portraits have a charming, watercolour look to them that suits its animé origins and are pleasing to the eye.

The genre-blending Inazuma Eleven is most definitely a role playing game through and through, with football forming the basis of the battle system. Instead of random battles, mini-football matches take place and boss battles are replaced by full-scale football games. The actual football side of things takes place with stylus control and is incredibly simple and easy to get to grips with. All players move automatically, with the stylus used to draw lines to steer individual players in a set direction, and tapping on opposing players will make your team head in that direction. Every time opposing players encounter each other, gameplay pauses and an option appears for you to select, whether it’s dodging, performing a sliding tackle, clearing the ball away from goal or carrying out a defensive special move. Getting near the goal results in several options becoming available — you can choose to shoot, chip the ball or select a special move, assuming your designated player has enough Technical Points to pull it off. Yet this is football with a complete animé flavour, with the focus firmly on special moves: you’ll be pulling off Hurricane Kicks, Heat Tackles, Quick Draw and Dragon Crash moves with the touch of a button, meaning matches are well paced and genuinely exciting. Each one is given a close-up animation and it’s always entertaining to watch and see what could possibly come next. Matches are concise as well, never outstaying their welcome and over in the matter of minutes.

It’s a system that also has hidden depths. Each player has an element (from the usual fire, water, earth and wind) which plays just as much a part of success as tactical gameplay and special moves. There are times when the formula for success can become a little predictable — learn a fantastic new move, use said move in next boss style encounter, win the match — but the strength of the storytelling does make up for this shortcoming.

Off the pitch, it’s possible to control your main party of four with either conventional controls (D-Pad moves you around and A selects) or entirely with the touchscreen, but we found the former method easier to use. As to be expected, you’ll find treasure chests as you explore, with the items contained taking on a sports theme over the usual RPG trappings (sports drinks instead of potions; bracelets and football boots instead of armour.) It’s a bit of a shame then that the world itself isn’t that big, even when you get near the end of the game, with new areas gradually unlocked as you go along. The recruitment system aside, you won’t find anything in the way of side quests and the small size of the world means that exploring isn’t really the focus here.

When you are not following the main plot, it’s also possible to recruit players from within Raimon either through searching for a certain type of player or through the Connection Map, a giant grid that unfurls as the game goes on. Once found, in order to get them to join your team, players need to be defeated in a football match where the winning criteria usually involves being the first to score or getting the ball from another player. Eventually, you’ll also be able to scout out players from rival teams to play for you. The scope for recruiting players is immense, but while there are around 1,000 players to encounter only 100 can be recruited for your side, so smart selection is a key skill.

The downside to both recruitment systems is that they can only be accessed in person at the clubhouse, meaning lots of walking backwards and forwards just to be able to find new players. It doesn’t stop there either: you then have to find each player at the place vaguely described to you, which can get a little frustrating when you still have to deal with random encounters during your travels. That aside, the recruiting element is very reminiscent of Pokémon and keeps you wanting to find out who the next player is. The fact that each player has four special moves, some of which are unique to each one and aren’t immediately available to start with, means that your curiosity often keeps you tracking new characters so you can try them out on the pitch and see what they can do.

Levelling up is just as important in Inazuma Eleven as other RPGs and this can be accomplished in a variety of different ways, preventing the process from becoming too much of a grind. These are slowly revealed as the game progresses but you can focus on individual statistics of a player (kick, strength, speed, stamina etc.) and level up at checkpoints by spending prestige points earned from matches, taking part in training courses –structured in the form of dungeons with hidden treasures — and replay friendlies against teams that have been previously defeated, useful for levelling up everyone in your current side. You can also level up your team of four the old-fashioned way by just participating in all the random encounters that the genre is renowned for. 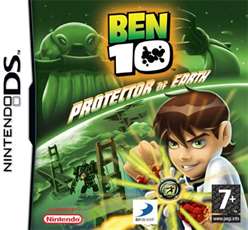 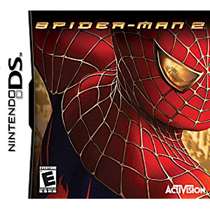 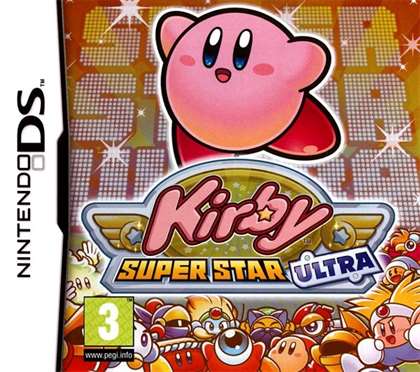